A Journey to Remember – Bryson Yee 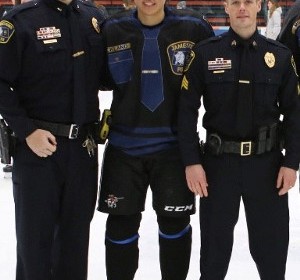 You’d think four years is a long time away from home, from friends, and from family. These last four years have been anything but long. For that, I can thank the University of Jamestown for making my experience here exciting and engaging—time never seemed to stop. I guess time really does fly when you are having fun.

I still remember breaking the news to my family and friends that I was going to North Dakota to attend the University of Jamestown. I was going to earn my degree while playing for the UJ hockey team—a dream come true. At the time, I couldn’t imagine how much this journey would change my life for the better.

More than just a University, a second home

When I arrived, I was immediately impressed by the University and its sense of community. From day one, UJ has shown that it cares about me, providing an environment conducive for academic success and athletic achievement.

From the school administration to the staff and faculty, everyone who I have interacted with has always been friendly, supportive, and willing to go the extra mile to help me. I have been especially lucky to have amazing professors who have guided me to success during my time here and have prepared me to succeed in the future. They’ve set me up with internships, helped with applications, and provided me with the advice I needed.

The University has truly become a second home for me. A shout out also goes to my fellow classmates. I have met so many amazing students here. With such driven students wanting to make a difference, organizations and programs on campus flourish, like Samaritan’s Feet and the University Honors Program. With enthusiastic students willing to initiate, engage, and excite, it’s hard not to have fun.

A special group, a second family

When Coach Stork recruited me to the University of Jamestown Hockey Team, I was thrilled. I was honored to represent the Jimmies on and off the ice with teammates who had the same drive, ambition, and love of hockey. Three years ago, we connected instantly as a group. Every guy on the team brought something special. There was a sense of collective being formed right away.

New faces, a new university, and a new hockey program—that’s a lot of unknowns. As a team, we have faced these unknowns and have come out as a family. It’s not very often you can grow on and off the ice with the same group for four years. Now fast forward three years, we still have sixteen original players, plus new teammates who have instantly become a part of the family.

We have Coach Stork leading us in the charge and our strength and conditioning coach, Coach Ryder, ensuring we have that “dog mentality” down the home stretch. We have gained so many experiences as a group and have made memories for a lifetime.

Thank you to all the guys for making my experience an unforgettable one. In just over a month, we will be on our way to make more memories and battle for a goal we first made four years ago: to WIN a national championship.

When my time at University of Jamestown is complete, I’ll remember the amazing people who influenced my life and made this journey so unforgettable most. They say part of the journey is the end, and I wouldn’t want this journey to end anywhere else or with any other group. Thank you UJ, for an amazing four years! 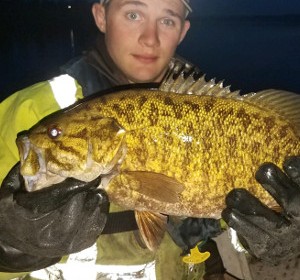 Five years ago, if someone had told me that I’d be packing up everything and moving to the Great White North for college, I never would have believed them.

After high school, I had little, if any, interest in attending college. My plans changed in July of 2015. I was working construction that summer and lacking a sense of fulfillment; I had no idea what the next step was going to be.

Taking a leap of faith

One morning, I was insulating a roof, and I got a text message offering me a scholarship to come to UJ and wrestle. I was a little nervous about this decision—I had never been that far from Idaho Falls, ID, before, and all I knew about North Dakota was that the winters are harsh. But, I didn’t think I’d get another chance like this, so I quit my job and took a leap of faith.

I felt very excited and terrified the entire drive out here. I was the first of three boys to move out of the house, one of only a few family members to go to college, and the first college athlete in my family. I had absolutely no idea where I was going or what I was doing.

As soon as I arrived, I was blown away, not just by the wind, but by the town and the people in it. I loved the small town everybody-knows-everybody environment that UJ creates. Within minutes of meeting a couple of teammates, we were already planning weekend fishing trips.

Throughout the years, I’ve met wonderful people and had great times hunting and fishing with current students and alumni.

From Teammates to Friends

The opportunity to continue wrestling has been the greatest blessing I ever could have asked for. I’ve had several training partners over the years, and I often think of them as brothers rather than teammates. There’s a certain bond that’s built by spending hours each day beating up on each other. And we don’t just train together; I’ve taken several of them fishing or shooting for the first time, and I still keep in touch with those who have graduated.

One of my greatest memories at UJ was this last duck season when a teammate and alum, Jackson Schauer, was visiting with his family. His family took me and another teammate duck hunting for a weekend. There were seven of us total, and we killed more than one hundred birds over a three-day period. Being a part of this team has pushed me to improve as a wrestler every day and introduced me to the greatest people that I’ve ever known.

I didn’t declare a major until my sophomore year. I threw myself into a bunch of classes as a freshman, but spent more time fishing than I did studying. When the time came, I chose two majors: Biology and Spanish.

I started that year off feeling very arrogant, because I passed all my classes as a freshman and was the varsity wrestler at 165—that is until I showed up to General Chemistry, and I got humbled right away. Realizing that my professors were going to demand the best from me put into perspective how much I had to learn and mature in order to reach my goals. My professors have pushed me and believed in me over the years, which has led to me winning two scholarships for my research in Jamestown and Churchill, Manitoba.

Five years ago, I had no idea what the future would hold for me, and my experience as a Jimmie has been like drinking from a firehose. I’ve gained an excellent education, had a great wrestling career, met wonderful people, and caught a lot of fish in the process. Being a Jimmie has been nothing short of an extraordinary experience, and I wouldn’t have it any other way. 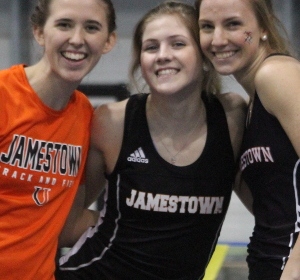 “From one man he made all the nations, that they should inhabit the whole earth; and he marked out their appointed times in history…God did this so that they would seek Him and reach out for Him and find Him, though He is not far from any of us.” Acts 17:26-27

When I reflect on my time at UJ, these verses come to mind. Before coming to college, I didn’t know where I wanted to go, what I wanted to do, or how I wanted to live my life, but my time here at University of Jamestown has given me such clarity and joy.

God had a plan for me to come to Jamestown, so that I would “seek Him and reach out for Him and find Him.” I’ll briefly share my story.

My name is Julia Johnson, and I am a senior nursing major at University of Jamestown. I also compete in track and field. My first semester at UJ, I had a lot of questions about who I should be, what I should major in, and who God is. Through a great group of friends, late-night talks, and helpful conversations
with the professors and mentors here, God began to shape my heart that I might seek Him and seek what He wanted for my life.

After my first semester, I switched my major to nursing and got involved with Campus Crusade for Christ.

I can’t thank God, my family, my friends, and UJ enough for the guidance and love I’ve received here. It truly is a place like nowhere else. Walking across campus, I know most every student. My professors know me by name and care to know about what is going on in my life.

Through this amazing small campus in North Dakota, God changed my life and blessed me with the opportunity to know and love Him.