Posted on March 15, 2020 by Collegian Publisher Leave a comment 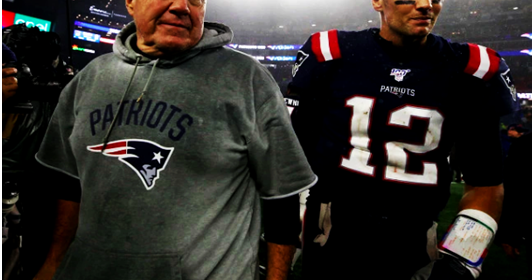 Where Will The GOAT end up?

We are in the dead period of no football.

Football fans may be tuning into the XFL, but are still glued to NFL Network as the combine has just ended and March 18th (new league year date) fastly approaches us. This date has significant meaning, the most exciting part of the offseason besides the draft starts which is the Free agent frenzy.

There are multiple players in this year’s Free Agent pool, but none bigger than the GOAT Tom Brady. The 42 year old QB is still seemingly on top of his game and almost every team will place a bid on him. Some of the bigger players in this are the Titans, Chargers, Raiders, with the outside chance of the 49ers saying they’d want to bring the Cali kid back home to the bay.

Brady holds the cards to a lot of other Quarterbacks futures as if he is the first to fall. The offseason can take turns and change the course of the NFL unlike what we have seen before. My personal opinion is that we will see Tom back in that Pats uniform as his relationship with owner Robert Kraft is as close as father son as an owner QB can be.

If Tom does go anywhere I think he would go to San Francisco and be closer to where he grew up and where his family is.

So, NFL fans get ready because this offseason looks to be a crazy one.

This site uses Akismet to reduce spam. Learn how your comment data is processed.